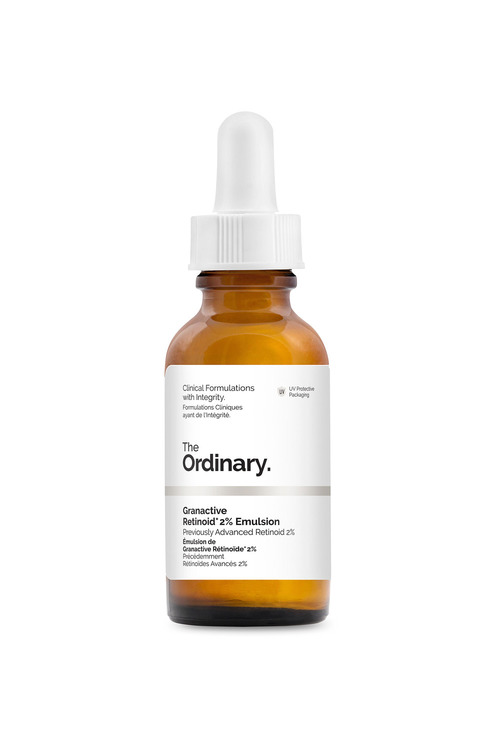 Previously Advanced Retinoid 2%. This formulation combines two forms of next-generation retinoid actives in a combined concentration of 2% by weight: These two actives are: a) Solubilized Hydroxypinacolone Retinoate is a highly-advanced form of retinoid which is, in fact, a non-prescription ester of all-trans direct retinoic acid that offers a multi-fold better effect against signs of ageing than retinol, retinyl palmitate and nearly all other forms of non-prescription retinoid; b) a sustained-delivery form of pure retinol in a protective capsule system which supports both the delivery and the effect of Solubilized Hydroxypinacolone Retinoate. Both forms of retinoid used avoid the irritation associated with retinoid (including retinol) use while delivering better visible results against signs of ageing.

Apply a small amount to face in the PM as part of your skincare regimen, after water serums but before heavier treatments. Do not use with other retinoid treatments. Avoid unprotected solar exposure. Store in a cool, dry place. 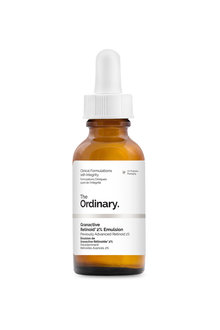 The Ordinary Granactive Retinoid 2% Emulsion
Style Number : 244851
Enter your details in the boxes provided below, then click the Email a friend button to send an email to your friend. Your friend will receive the email in 30 minutes