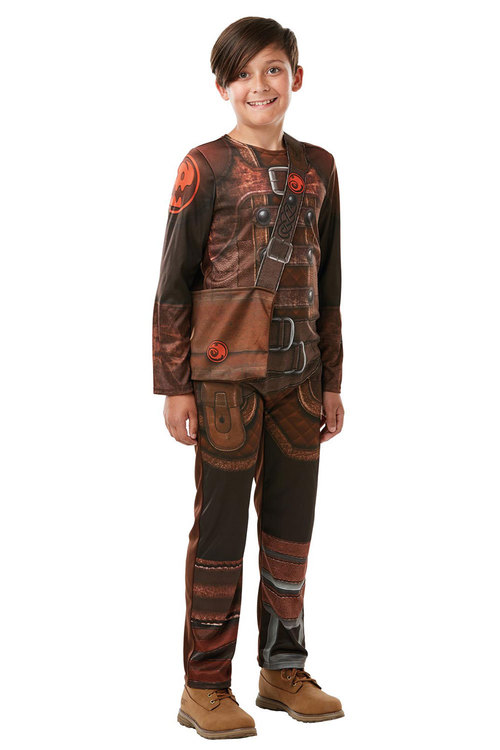 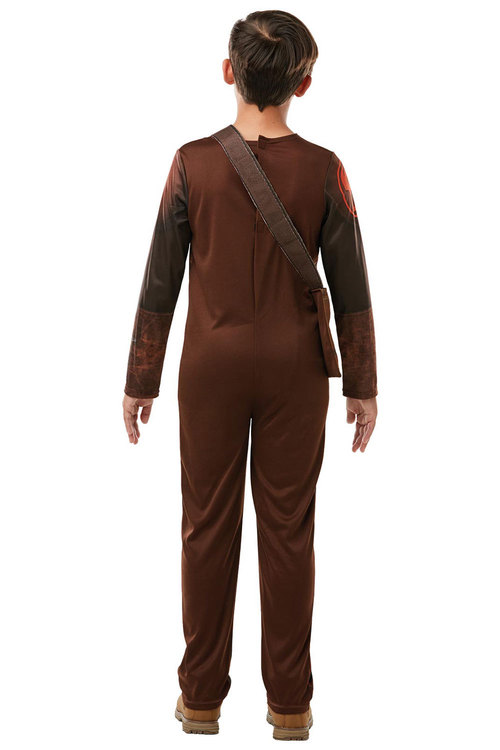 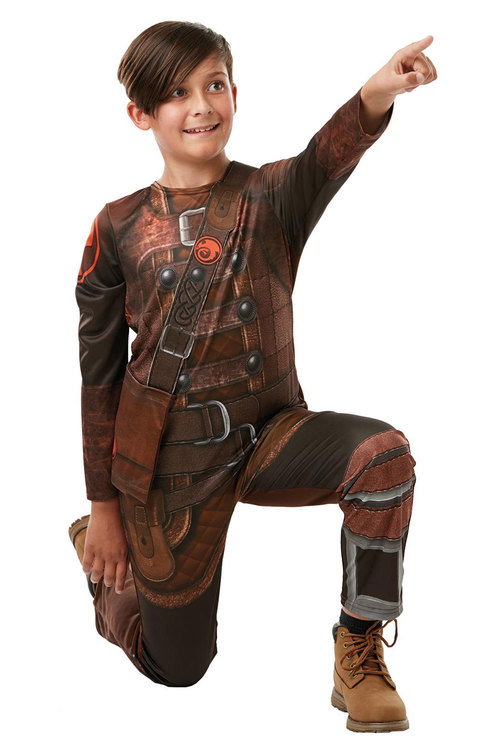 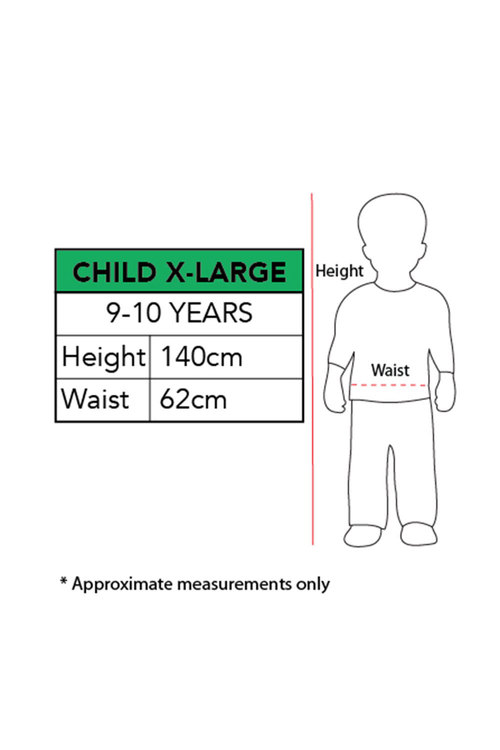 Misfit teenager from Norse and Viking-in-the-making, Hiccup is the son of Clan Chief Stoik the Vast and the protagonist in Universal Film's 'How to train your dragon' (2010), 'How to train your dragon: 2' (2014) and the newest movie 'How to train your dragon 3: The Hidden World' (2019). Hiccup attends dragon-fighting school with girlfriend Astrid, and together they fight off the feared Dragons, which threaten their civilisation. But Hiccup does befriend a trusty Night Fury dragon he names Toothless, one of the rarest and most intelligent dragon species. Join the trio as they experience all sorts of fun, adventures and mystery on the Isle of Berk.
Includes

Full length Jumpsuit with printed armour, buckles and belt
Jumpsuit has a velcro fasten at the back
Bag with printed details including buckle
Shoes not included
This is an officially licensed How To Train Your Dragon product 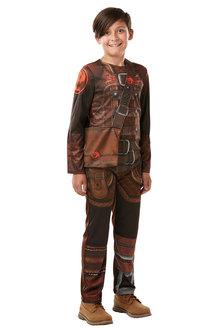 Rubies Hiccup Classic Costume
Style Number : 294691
Enter your details in the boxes provided below, then click the Email a friend button to send an email to your friend. Your friend will receive the email in 30 minutes