How to Choose and Wash Your Duvet


For many people, the duvet is what makes a bed feel as soft and cosy as a cloud. It’s the light weight and fluffiness of your duvet, or the cosy warmth, that makes you want to crawl into bed every night.

So how do you choose the perfect duvet?


BUYING YOUR NEXT DUVET? WHAT TO CONSIDER

Duvet inners seem like such a simple choice to make - you just choose how fluffy you want your duvet to be! But when you start shopping, you’ll soon realise there’s so much more to it than that.

You’ll find yourself choosing between different warmth levels, thread counts, duvet fills, and so much more! So we’ve broken down each component of your duvet to help you choose the right type of duvet inner for your needs.

Your duvet’s warmth is arguably the most important factor in choosing your duvet. Are you after something breathable and lightweight for the summer months or are you looking for something to help you feel warm and cosy in winter?

Your duvet’s warmth factor can be measured in two ways: the tog rating and the duvet weight.

Every duvet has a warmth rating, which you’ll often see on the packages when you’re choosing your duvet. These ratings actually represent a scientific measurement of the duvet’s thermal insulation.

Tog ratings vary between 1 and about 18, with the higher numbers signifying more warmth. In general, a rating of about 4.5 is suitable for summer and about 13 to 14 works well for winter.

If you don’t have space to store several duvets, pick a tog rating of 9, which makes a good duvet for summer and winter - or pick an all seasons duvet, which includes two duvets you can press together for added warmth.

THE DUVET WEIGHT or GSM

But it doesn’t always naturally reflect the warmth of your duvet - for example, duvets filled with feathers or down are generally better insulated than synthetic options. They don’t need to be filled as much so can often be lighter, yet can still achieve a higher tog rating.

As a guide, below are some reasonable weight measurements for different duvet materials.

As with bed sheets, duvet inners do also have thread counts, since the outer shell is usually cotton. Thread counts indicate the number of threads in every square inch of fabric.

Those with higher thread counts are usually softer and more lightweight and breathable. But they also have a tighter weave that better protects and contains the down. Aim for a duvet with a minimum thread count of 300.

You've generally got the pick of two types of filling for your duvet inner: natural and synthetic.

Natural duvets are normally filled with duck or goose feathers or down, although you can find other natural fillings, such as silk or wool. They’re typically more breathable and softer than synthetic options. 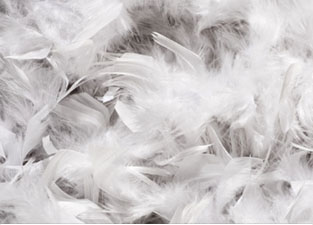 DOWN AND FEATHER FILLING

Down-filled duvets are made from the breast feathers of birds, usually making a lightweight but incredibly warm duvet. Feather-filled duvets have coarser feathers, making them heavier (but more affordable).

You can also get a duvet filled with a combination of duck and down to produce an ideal combination of weight and warmth. But duvets with more down are lighter and trap more heat. 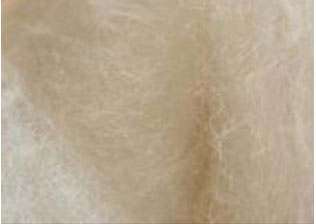 Silk is lightweight, durable, and regulates your body temperature well. But best of all, it’s a great hypoallergenic option for those who suffer from allergies. It’s surprisingly strong and easy to care for, withstanding washing machines and dryers! 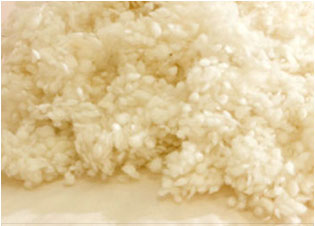 Wool’s cluster-like structure enables it to trap in air. It also wicks away excess heat and moisture. As with silk, it’s a natural hypoallergenic, but it’s also hardy, resistant to dirt, and eco-friendly. Some even say it can help you sleep better.

Great if you have allergies to feathers, down, or dust mites, synthetic duvets are typically hypoallergenic. They are also moisture wicking and endure washing cycles more frequently than duvets with natural fillings. 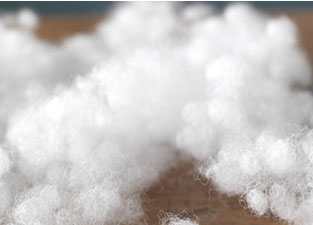 As the name suggests, duvets with a microfibre filling are filled with extra fine fibres that mimic the same luxurious fill of natural down duvets. They’re super lightweight as well, but it can flatten more quickly than down-filled duvets.

This type of duvet is filled with hollow fibres that help to trap in the warmth, but are thicker and generally longer lasting than microfibre-filled duvets. Duvets with hollowfibre fill are often coated in an anti-allergy treatment and are known to be durable.

HOW LONG DO DUVETS LAST?

Ideally, you should change your duvet every five years, though naturally most people tend to hold onto them far longer.

You can increase the durability of your duvet by using a duvet protector or liner, which zips over the duvet to fully enclose it and protect it

HOW OFTEN SHOULD I WASH MY DUVET?

You should wash your duvet about once every four months.

HOW DO I CLEAN MY DUVET?

But be sure to check the washing instructions, since many natural duvets are dry clean only.

If the care instructions do allow a machine wash, make sure first that you have plenty of space in your machine! Then simply use a normal spin cycle and air dry your duvet afterwards.

Remove any remaining bacteria by running a warm iron over the duvet.

HOW DO I REMOVE A STAIN?

If you need to remove a stain, shake away the filling from that area first and then apply a mild detergent to the fabric.

CAN DUVETS BE RECYCLED?

Simply put, no. Duvets can’t be recycled and should be thrown in the rubbish bin when you’re done with them. But there are charities which will accept spare blankets, including some animal shelters.