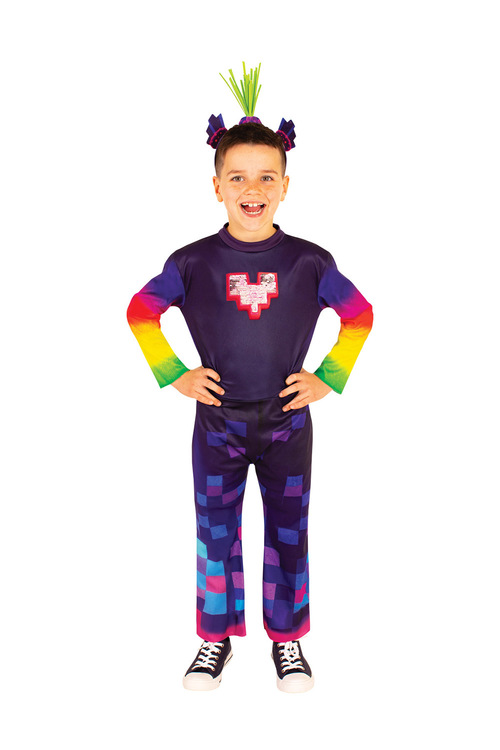 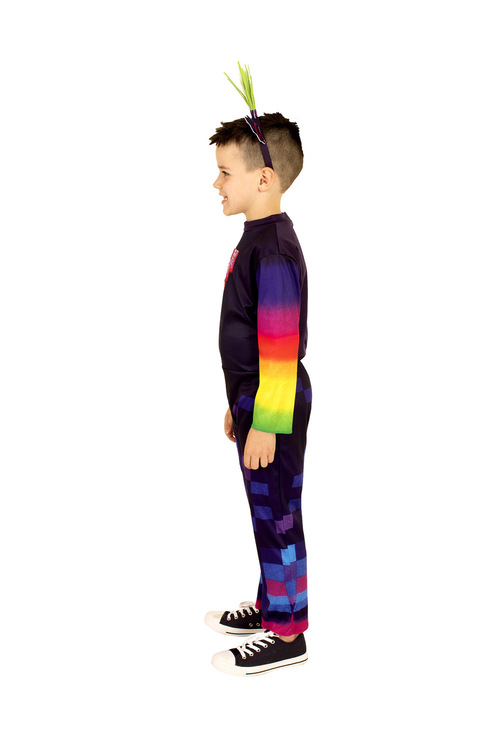 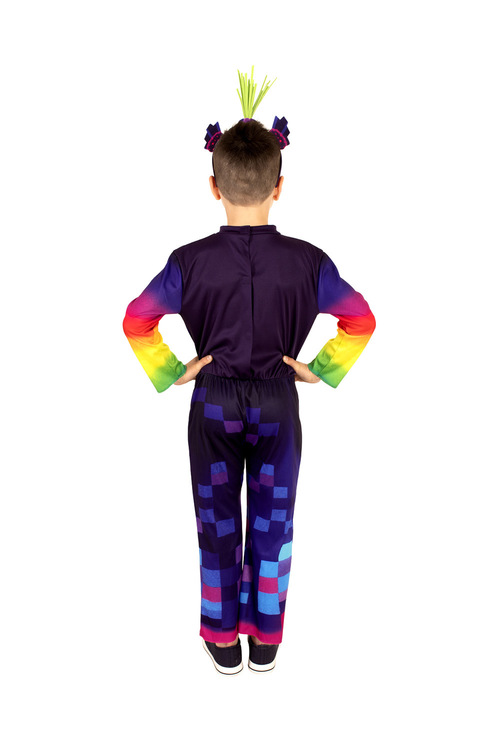 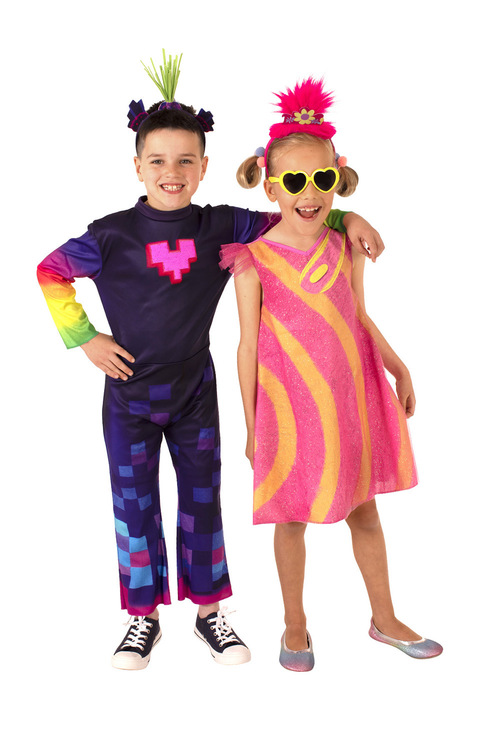 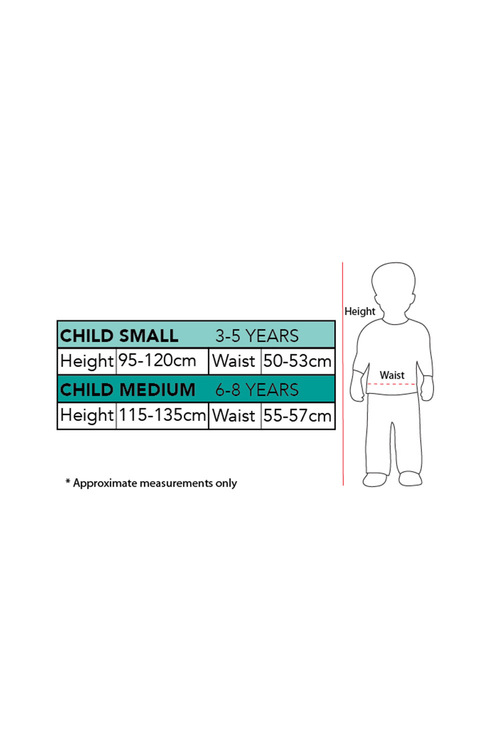 Time to troll up and join the world tour with Universal's Trolls 2. Featuring in Trolls World Tour (2020), King Trollex is the King of The Techno Trolls, an aquatic subspecies and race of trolls. As the only one of six Troll Kingdoms that lives in water, The Techno Trolls are a unique, vibrant and colourful tribe. Known for the Electric, Techno style of music, their way of life and music is threatened by Queen Barb, King Thrash and the Rock Tribe who plan to destroy all of the other musical tribes and steal all six strings. Join King Trollex on his journey to save his colourful, electric tribe and the Techno Kingdom!

All in one colourful long-sleeved jumpsuit in polyester with digitally printed rainbow colours on the sleeves and legs
Jumpsuit features a pink heart on the chest with sequin colour change panel, which changes from silver to pink with a brush of the hand
Jumpsuit closes with three velcro tabs at rear
Headpiece is a headband with attached felt hair pieces in upright shape and felt printed detailing
Shoes not included 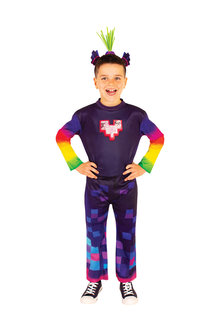 Rubies King Trollex Deluxe Costume
Style Number : 295738
Enter your details in the boxes provided below, then click the Email a friend button to send an email to your friend. Your friend will receive the email in 30 minutes