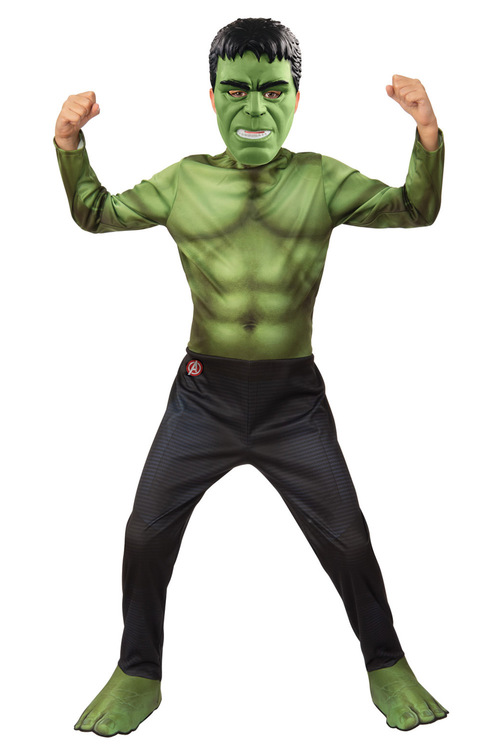 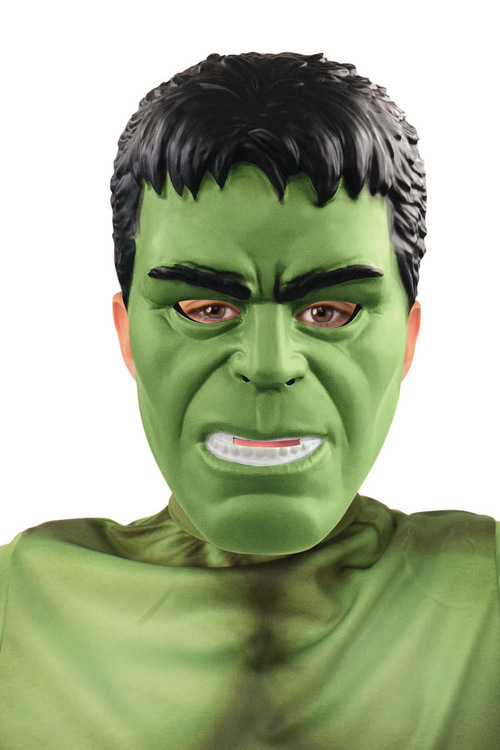 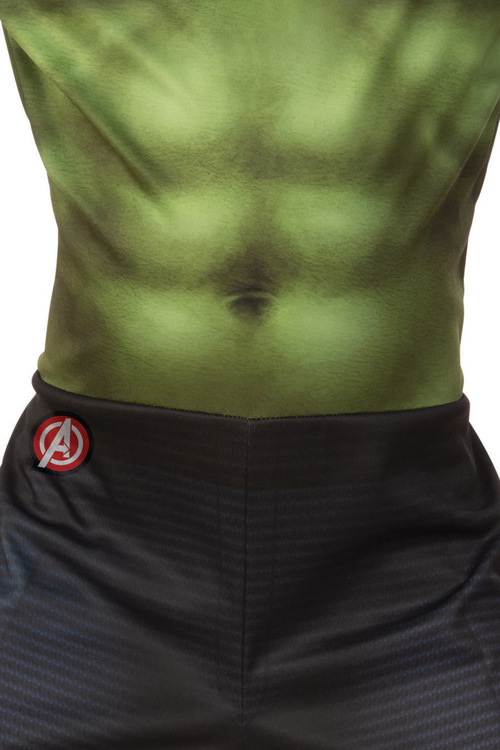 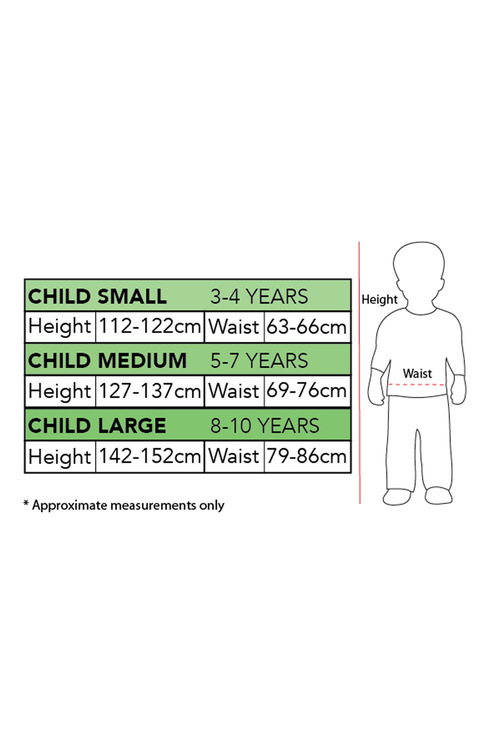 Hulk Smash! He's the green machine, muscle-bound and simply Incredible! After a lab accident involving gamma radiation, alter-ego Bruce banner finds himself turning into a huge green-skinned monster whenever he gets angry. Enter Hulk - one of the most popular Marvel Avengers. Originating from Marvel Comics, the Hulk has smashed his way into the Marvel Cinematic Universe with super strength. Played by Actors Mark Ruffalo, Eric Bana and Edward Norton, Hulk has appeared in many Marvel movies by Disney, including Hulk (2003), The Incredible Hulk (2008), The Avengers (2012), Avengers: Age of Ultron (2015), Thor Ragnarok (2017), Avengers: Infinity War (2018) and Avengers: Endgame (2019).
Includes

All in one Jumpsuit with digital print on upper and lower body
Full length sleeves with digitally printed muscle chest and torso plus printed details throughout
Jumpsuit has pants with digital print, plus attached shoe covers and trademark A for Avengers logo on hip
EVA plastic moulded mask with 3D painted details and eye holes to see through
This is an officially licensed Marvel product 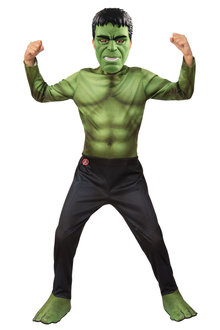 Rubies Hulk Classic AVG4 Costume
Style Number : 295818
Enter your details in the boxes provided below, then click the Email a friend button to send an email to your friend. Your friend will receive the email in 30 minutes