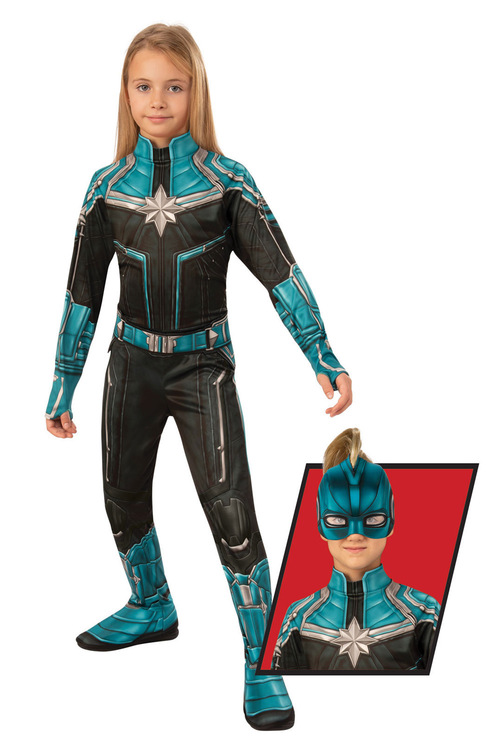 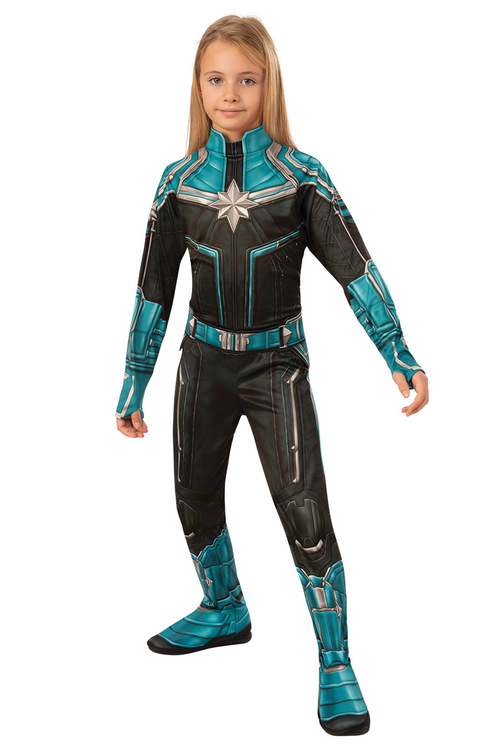 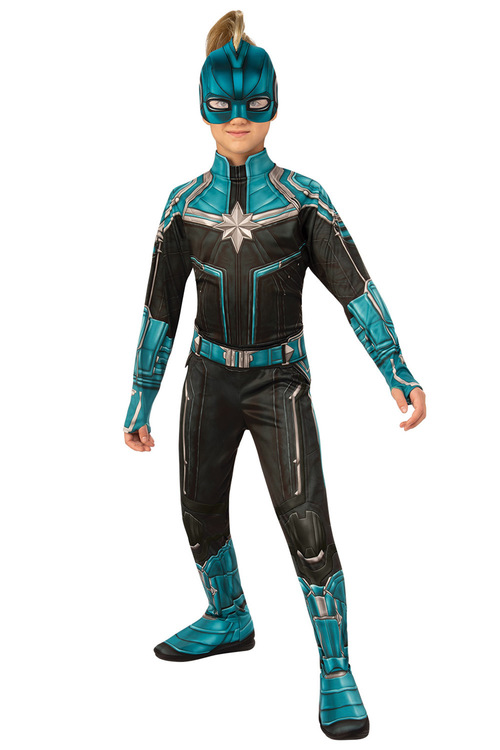 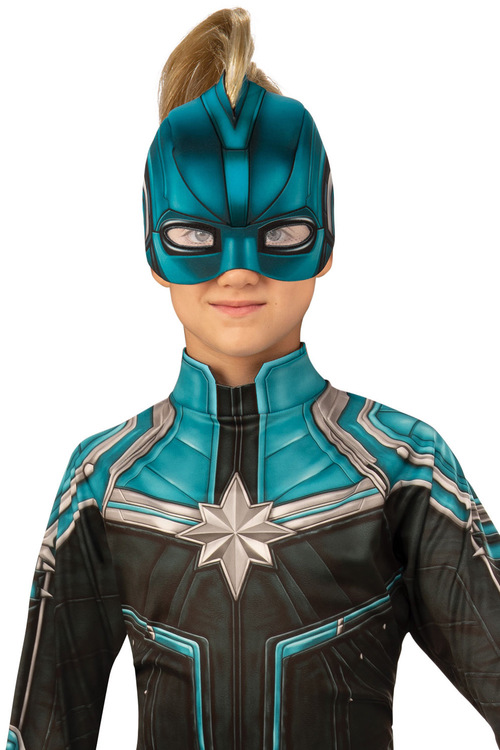 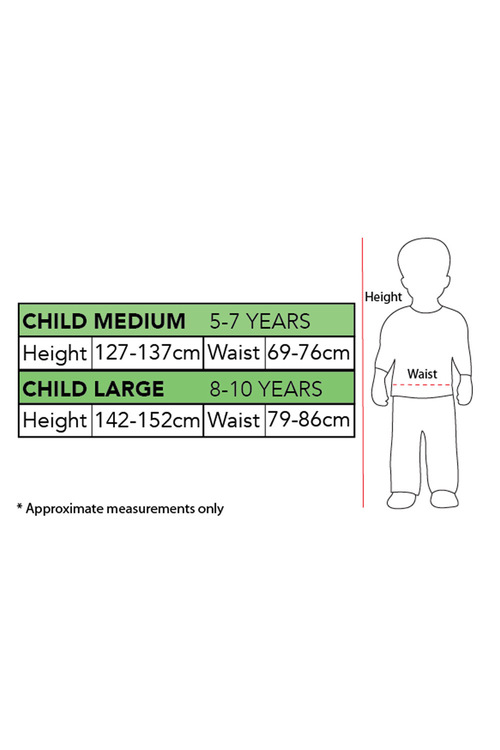 The new Queen of the Marvel Cinematic Universe, Ms Captain Marvel is here. Carol Danvers by day, she becomes Heroine Captain Marvel after the Earth is caught in the centre of a galactic conflict between two alien worlds. Played by Brie Larson in the 2019 Disney Blockbuster, her DNA was fused with that of a Kree Alien during an accident, resulting in her receiving superhuman strength, energy projection and flight. Her arch enemy is Yon Rogg - who will win in the combat of these two Aliens? Watch her help save the world in Avengers: Endgame (2019).
Includes

Digitally printed jumpsuit with 3D moulded star emblem on chest and featuring attached boot tops with elastic to secure under shoes
Fabric belt with moulded belt buckle, ties at rear
Foam backed headpiece with mesh eye holes to see through and slit at top for hair. Headpiece has elastic to secure under chin and behind head
This is an officially licensed Marvel product 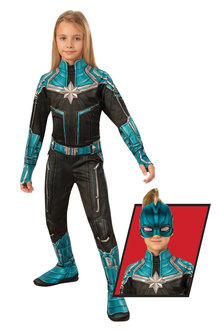 Rubies Captain Marvel Classic Kree Suit
Style Number : 295811
Enter your details in the boxes provided below, then click the Email a friend button to send an email to your friend. Your friend will receive the email in 30 minutes