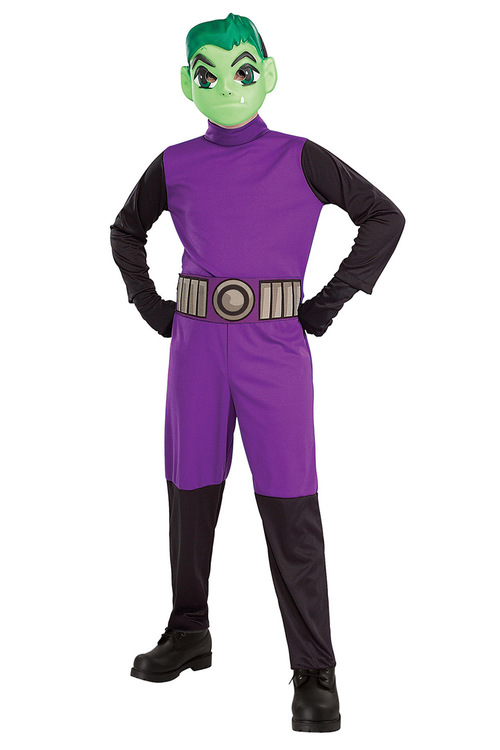 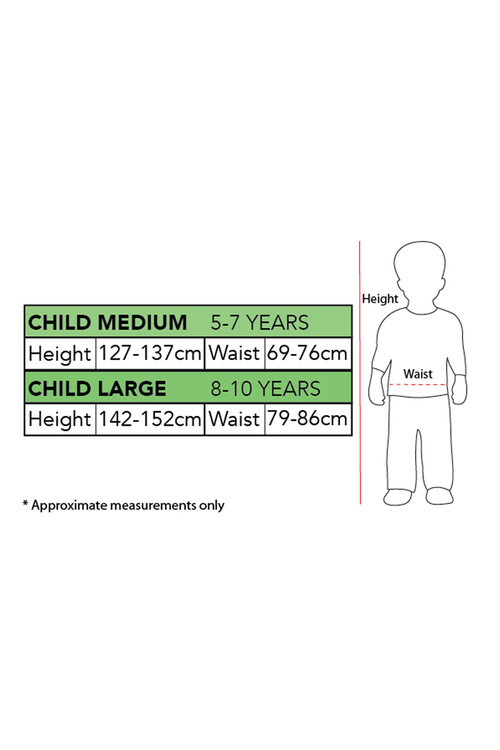 A member of the Teen Titans team and Doom Patrol, the green-skinned Beast Boy is a DC comics favourite superhero. When he was growing up in the jungles of Brazil, Africa and India, Garfield Logan was bitten by monkey and contracted a rare disease. On receiving a serum to save his life, Garfield, also known as Beast boy inherited shape-changing abilities, enabling him to take on the shape of animals. A side effect was his skin, hair and eyes turned green. Join him and his force and become the green machine today, as seen in the animated TV series and Warner Bros movies including 'Teen Titans' and 'Teen Titans: Go To The Movies' (2018)
Includes

Jumpsuit with stand away collar and full length sleeves
Pants with sewn in leg guard panel
Belt with printed details
Moulded mask with painted features and elastic strap with velcro fasten. Gloves not included
This is an officially licensed DC Comics product 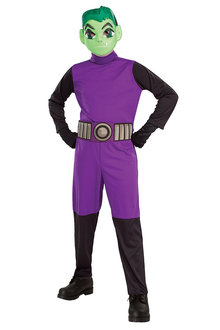 Rubies Beast Boy Classic Costume
Style Number : 295807
Enter your details in the boxes provided below, then click the Email a friend button to send an email to your friend. Your friend will receive the email in 30 minutes